One month from today my son turns 18. (Less now as I meant to post this the 14th)  This may be the most difficult year yet.  One minute I find myself in tears, grieving that his childhood is over.  My baby will be a young man.  The next minute I’m ready to kill him because I have asked him 5 times this week to take out the Christmas tree!  Oh yes, Mr. Independant, when he wants to be.  I can do it myself since he was 2.  Actually he was only 18 months when he learned to work the VCR because he would repeatedly watch the Lion King.  Of course he ignores my texts when I ask if his school work is done, have college apps been completed and did you make it to school on time this morning?  If I need to know something there is always a delay or pause in texting, but as soon as he wants something it’s the 70 thousand texts in a row followed up by a “????” text if i have not responded promptly enough.
Oh yes, it’s a fine line between teenage boy and young man.

Wanting to do it all is great until it means they have to put down the video game controls and make themselves something to eat.  Fend for themselves through the kitchen and the diet consists of waffles out of the freezer or tortilla chips with a little cheese on top tossed in the microwave for 30 seconds.  Yes, its the that will hold me over til mom gets home and cooks meal.   I know it doesn’t help that I spoil my only child.  And yes, I’m a sucker.  My baby boy.  There is no such thing as mac and cheese in a box in this house, only from scratch for my Pooky bear.  He’s lucky I love to cook and feed people.  I will admit I spoil him.  He is my only one and for the last about to be 18 years he has been my world.  I mean I wasn’t much older than him when I had him.  I have dedicated the better part of my life to rasing him, protecting him, and providing for him. 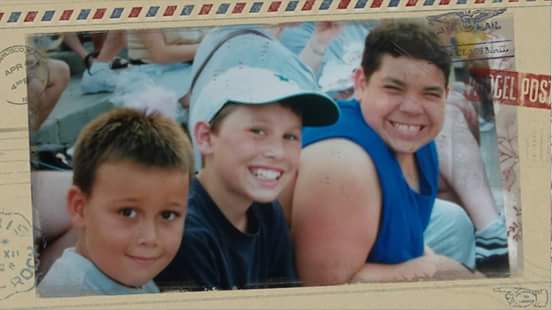 Maybe that is why my anxiety about him turning 18 is starting to kick in.  Maybe I’m scared he’s going to be all grown up and not need mommy anymore, but I know that’s not true.  He’s not going to turn 18 and walk out the door forever.  Maybe I’m scared that I have to get a life of my own.  I have been saying that for years and now it’s starting to happen.  I mean it has slowly happened, but as a parent, you never quite let go.  I know my parents still check in on me.  Maybe I’m scared of letting go.  The idea that he’s going to be able to make all these big decisions on his own.  That I’m going to have to let him.  I don’t doubt he’s fully capable of many decisions he will make.  In fact, he’s very capable of many things.  He is a very smart, confident, young man.   Not perfect, (but pretty damn close), and handsome. 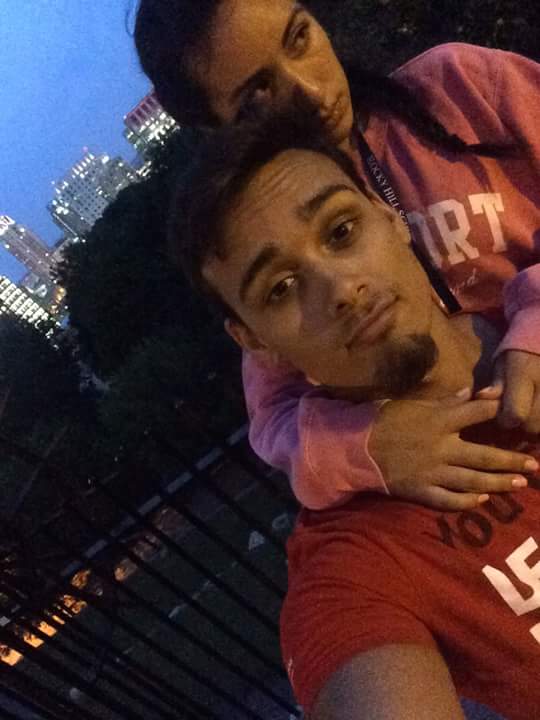 Whenever we have discussions, he always impresses me with his response.  He always has logical answers.  He is kind and compassionate.  I know he has well thought out decision making skills even when I think he is slacking.  He’s also pretty good at a little BS now and then too.
No, it isn’t that I don’t have faith in him making it.  Do I have fears?  YES!  I’m a parent, I can think up every imaginable, conveluded, crazy, psychotic scenario in my mind that could happen.  But maybe, I’m more scared for me.  Maybe it’s my fears of what will I do without him?  Yes, I know, I have so many dreams I have put on hold.  Yes, everyone says enjoy it because time flies by so fast.  Well guess what?  Those people are so right!  It’s like one day you are complaining about sports practices and band concerts and all of a sudden it’s like his whole childhood has flashed before my eyes.  Like you’re watching a movie.  Like all of a sudden you really understand what Jim Croce meant when he sang If I could save time in a bottle“ It’s the strangest feeling.  So many mixed emotions.  Proud of the young man he is becoming yet sad and nostalgic, mourning for the boy he was.
I was texting with my best friend of about 30 years the other day, trying to explain my anxieties. It was interesting to know that she had been feeling similar because her baby is about to be 1 and she doesn’t plan to have anymore.  She shared a quote with me that helps her feel a little better.

Turns out it’s a book for parents. (And kids I guess) I’m really hoping this will get easier once his birthday comes.  I have spoken to a few friend of mine, so I know I’m not alone.  Several moms who have already experienced this have forewarned me of graduation and events to come.  They have also volunteered to be a shoulder to cry on or to lend an ear.  I know there are many more experiencing it right along with me. 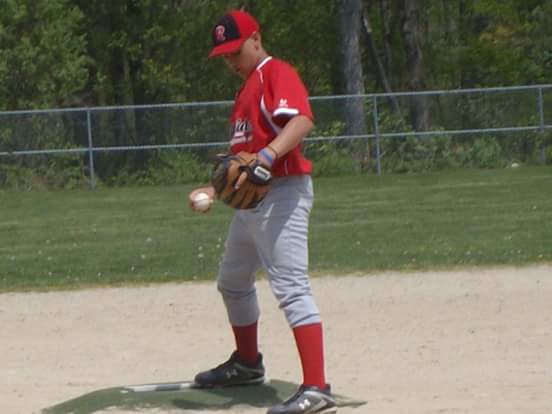 As I write this, I received a text that the christmas tree has finally been taken out and the dishes put away.  I won’t bore you with the details of how the xbox cord was confiscated some where in between and I snuck off to the gym for some me time.  As my heart teeters from irritablitly to love and back again.
No, I’m really not worried about what he will do with his life or who he will be, because whatever he does, he will be great at it.  I know I will be fine as I let him grow into the man he is becoming, and I may even enjoy my new found freedom.  I know we will both be okay.  He will still want me to cook him a grilled cheese (or 3) because, “it just tastes so much better when you make it mom!”  (I told you he can BS)  He will still kiss me on the cheek when we part ways and tell me he loves me everytime we hang up the phone.  He will still be my spoiled mamas boy, my pooky bear, and my world.