On September 9th, 2018, just one month to the day after my dad passed, we held a memorial for him. I got up and spoke about him. I want to share with you all my tribute to my dad. 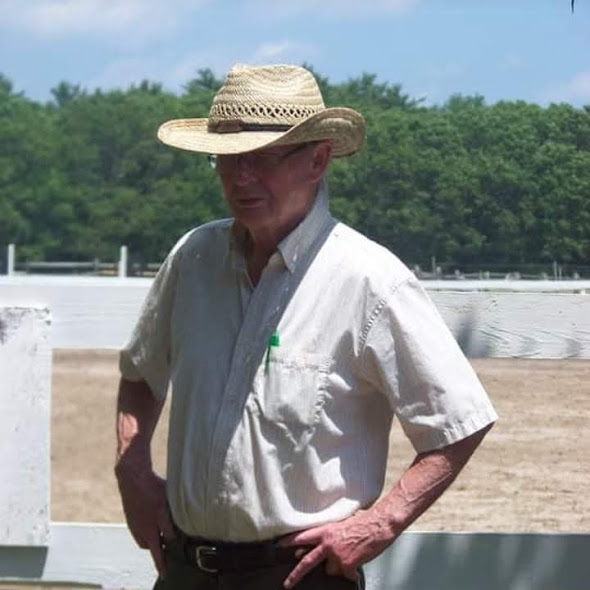 “It ain’t dying I’m talking about, it’s living . I doubt it matters where you die, but it matters where you live” These words were spoken by Augustus McCrae, one of the main characters in the Lonesome Dove book, written by Larry McMurtry.  Lonesome Dove was one of my dad’s favorite books. I’ve been reading a lot during the past 2 years and this was one book I had never read but knew it was my dad’s favorite. It wasn’t until after he passed away that I finally decided to read it.  Maybe to feel closer to him or maybe because I wanted to know about all the things my dad loved that I never really paid attention to until now.

“It ain’t dying i’m talking about, it’s living” and my dad was sure proud of where he lived.  He was a true swamp yankee. He would always make comments like, “Providence, what the hell would I go to Providence for?”  He loved west kingston where he spent most of his years, and he loved Noank and Mystic CT where he grew up before moving to West Kingston.

He loved his country music, his cowboy books and horses, gardening, woodworking, and of course his budweiser beer.  I remember him picking me up from elementary school, budweiser in the cup holder (I never thought anything of it back then), and we would take daily trips to Wolfrocks, the local liquor store..or the package store as we called it, for his 6 packs after school.  Years later he and doctor’s orders, he would switch over to his o’douls when he had to give up the beer.

I remember sitting in his workshop while he did his woodworking, playing his Marty Robbins and other old school country music, the smell of sawdust.  To this day I love the smell of sawdust. I’m not sure what I really did in that workshop, if I watched him or learned anything, but just being around him was enough.

My dad always had the best and simplest advice.  Like the day I was terrified to tell my parents I was 19 and pregnant, as I sat there crying he simply responded, “What the hell are you crying for? Nothing you can do about it now.”  Or when my son was little and I would complain about all the questions he would ask. I’d say, “Dad, he never stops!”… to which dad simply replied, “Well, ya coulda had a stupid kid.”

There were the times when I was broke and would ask to borrow $20 until payday and I would be so worried about paying him back but he would simply say, “good thing it just money.”

More recently as he got older and his health started to decline he couldn’t be left alone.  One weekend I went to spend the night with him while my mom went on an overnight retreat. I remember helping him get settled in bed and I had flashbacks of the days when he would tuck me in or just stand at the doorstep and say “night punkin or night darlin” in that soft, barely audible voice.  It was then I saw how our roles were slowly reversing. I started going over on Sunday mornings and that was my time with Dad. Mom would go to church and dad and I would sit and talk, over coffee and maybe some Allie’s donuts. He would ask how many books I was reading and how many I had read so far this year.  Or sometimes we would just sit in the quiet because I knew he’d spent the last 52 years listening to my mom talk so maybe he would just enjoy some quiet.

Those are the moments I am going to miss most.  Just sitting with him, no words needed to be spoken.  Just the calm of his presence. Just BEING with him.

Clara, one of the characters in Lonesome Dove says, “What do you think happens when we die? Maybe it’s not as big of a change as we think. Maybe you just go back to where you lived or near your family or wherever you were happiest. Only you’re just a spirit now…. And you don’t have the troubles the living have.”

I’d like to think clara was right.  That his spirit is still here, in South County, surrounding all of those he loved and loved him.

3 thoughts on “Tribute to My Dad”

Join 279 other subscribers
Follow EMBRACING MY INNER GINGER on WordPress.com